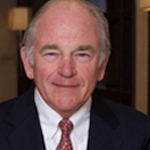 Maurice Pinson was a graduate of Nashville’s Hillsboro High School and Vanderbilt University.

He began his insurance career in 1963 while working for an agency and soon after formed his own agency in 1967. In December of 1999, his organization joined the Fridrich & Associates Insurance Agency to form Fridrich, Pinson & Associates. Maurice  owned Transport Specialties, Inc. (TranSpec) providing specialty insurance coverages for the trucking industry until it was sold in 2018. He served on the board of the InsBank as a founding member and was a Past President of the Insurors of Tennessee as well as the Insurors of Nashville. In 2013, he was given the “Insuror of the Year Award” for his numerous contributions to the industry. He was also inducted into the Tennessee Insurance Hall of Fame. He had over 53 years of insurance industry experience.

Maurice proudly attended Woodmont Christian Church with his wife Billie Jean and was the father of three children and four grandchildren. His influence on Fridrich, Pinson & Associates will be forever felt as a mentor, a man of wisdom, an agent with a vast amount of insurance industry knowledge, and most of all as a true advocate and trusted advisor for his customers.

He passed away in March of 2019 and is deeply missed by this Agency and the entire insurance community.