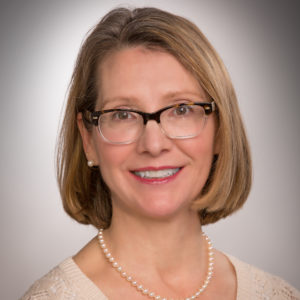 After graduating from Vanderbilt University in the 80’s, Carol Ballenger’s first job was at Life and Casualty Insurance Company in downtown Nashville as a “special ordinary” agent.  When starting a family, she stepped away from corporate employment in favor of a smaller and more family-friendly environment, eventually finding her way back to life and health insurance in 2013.

Ballenger’s re-entry to the insurance world began with specializing in Medicare and individual plans through the Affordable Care Act.  When market conditions shifted, she began partnering with Bob Howard, a long-time associate of Jerry Fridrich, on group health cases.

Carol has been married to Paul Ballenger since 1994, and they have two daughters attending college in Texas.  She belongs to West End United Methodist where she has held various volunteer leadership positions including Chair of the Trustees. Other leisure time activities include lots of yoga classes at the Green Hills YMCA and leading a book club.

Carol joined the FPA team in 2019 as an independent contractor.  She serves as the lead contact for all benefit products for the Agency, including individual and group health plans, disability, Medicare, and life insurance, in addition to developing property and casualty business.